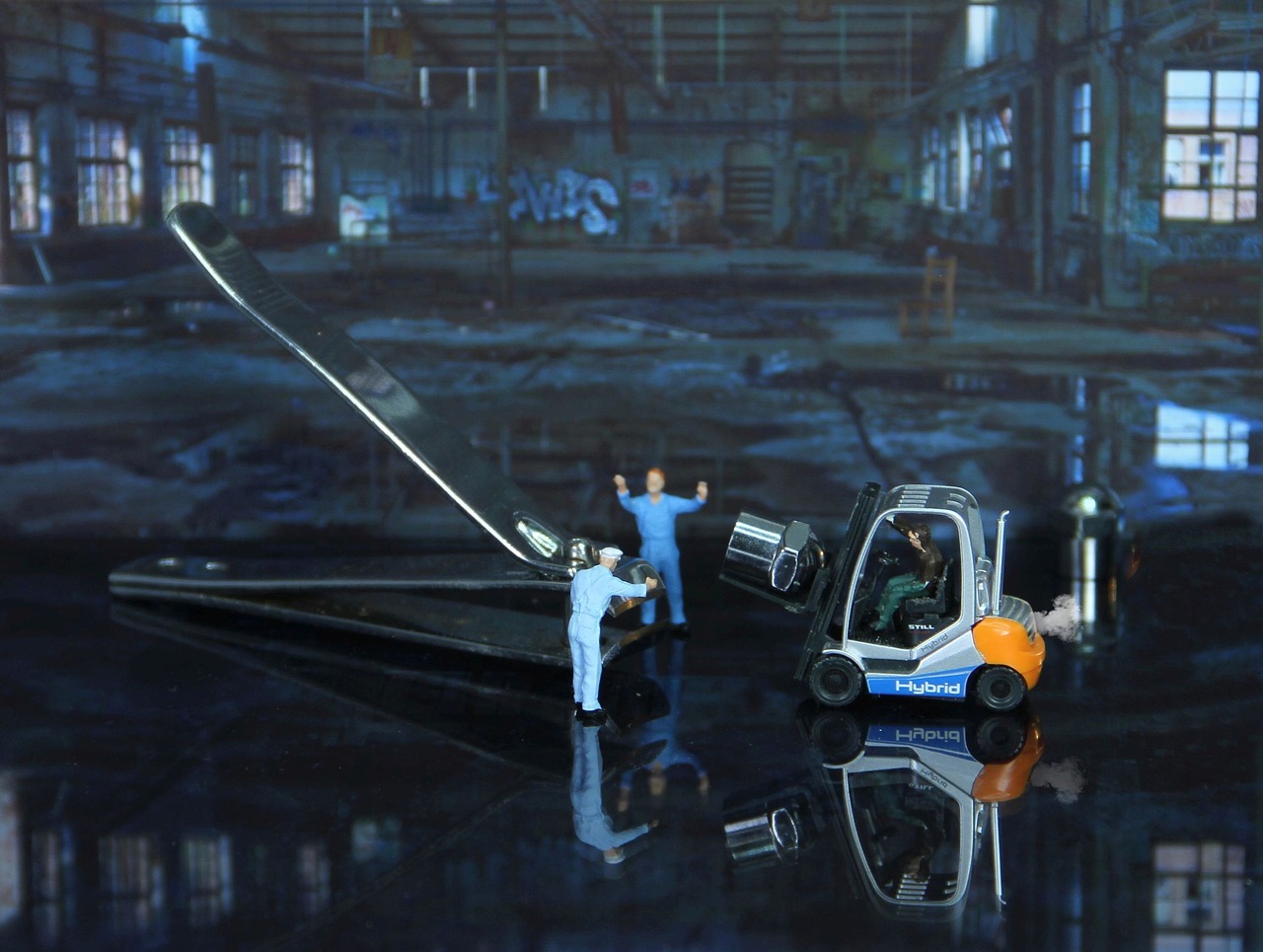 Is there anyone who had an experience of being punished by the teacher at school due to long finger nails? Haha. We were so lazy at that time to clip our nail, aren’t we? Regardless the fact that an incredible device called nail clipper already invented. Can we imagine the world without nail clippers? And before it was invented, how on earth we cut our nails?

Apparently, nail clipper was just recently invented in late 1800, brother and sister. It is not clear who came up with the idea for the first time, but patents resembling the modern day nail clippers start to emerged in the late 1800 by David Gestetner, Valentine Fogerty, etc.

So what did our ancestor used to cut their nails before that era? Well, the answer was knife. That’s why in the West, before the invention of nail clippers, the term to cut nails was called “paring”. Furthermore, because the skill for this was not common for everybody, there was barbershop like service, to cut our nails.

Can we imagine cutting our nails using a knife, brother and sister? Seriously we need to be grateful for having our modern, multipurpose, and cheap nail clipper.

So why on earth we need to discuss this nail clipper anyway? Well, because this simple device has revolutionize the way we cut our nails, to be easier and hassle free, by only using a simple mechanical principle, which basically the same principle used in a seesaw. Let’s have a look on the following nail clipper animation:

Then compare with the following seesaw animation:

Can you spot the similarity? Haha… If not, don’t worry, stop your effort and don’t get hypnotized. Immediately scroll down so that the animation disappear from your sight, haha.

OK. Imagine a seesaw where the pivot point is not in the middle. We shift it far to one of the end. Like this:

This principle is very useful to be able to lift a heavy load or to produce a large output force, with only small amount of input force. That’s why, there is a term called mechanical advantage. In the example above, the mechanical advantage is 20, obtained from 100 kg divided by 5 kg, or 20 m divided by 1 m. This literally means, by giving certain amount of force, the result will be 20 times more powerful.

In general, by applying momen balance, we get the following equation:

Where M is mass of each weight, while a and b are distance of each weight to the fulcrum. The resulting mechanical advantage is: M1/M2 = b/a. In the application, the weight force from this mass M1 or M2 can be replaced by input and output force.

This arrangement, where fulcrum is located in the middle, is called Class 1 Lever, and one of the real example is seesaw. So then how if “Resistance” is in the middle?

If “Resistance” is in the middle, it’s called Class 2 Lever. One of the real example of this is a wheelbarrow.

If “Effort” is in the middle, it is called Class 3 Lever.

One of the real example of this Class 3 Lever is a jaw.

Then what class is nail clipper? First we need to observe that nail clipper is actually consist of 2 main component, highlighted green in the following illustration:

Let’s observe the location of “Effort”, “Resistance” and fulcrum in the upper component:

Hence, because “Resistance” is in the middle, this upper part component of nail clipper is a Class 2 Lever. How about the lower component?

Since “Effort” is in the middle, then this lower component of nail clipper is a Class 3 Lever.

So if it is out of our curiosity, we measure our nail clipper, we can estimate how much is the mechanical advantage of nail clipper. For the upper component (Class 2 Lever):

For the lower component (Class 3 Lever):

The Overall Mechanical Advantage is the product between the two (both upper and lower), which is 6 to 10, depend on the nail clipper size.

Having said that, if we cut our finger nails, what happen is our nail clipper will multiply the force produced by our finger, 6 to 10 times bigger. So that our nails can easily be cut 🙂

Such an incredible mechanism isn’t it, brother and sister. Little but incredible!

We are small mechanics who love to build, play and learn with bricks and other educational toys. Who want to share our love of science, engineering, and profession, to our family and the next generation.

We are small mechanics who love to build, play and learn with bricks and other educational toys. Who want to share our love of science, engineering, and profession, to our family and the next generation.